For quite a number of years now, getting to investigate your family history has become the fastest growing pastime. But for anyone over 60 years of age, what did you know about your family and close relations as a youngster? Probably very little. You may have observed several facts while growing up, such as a few births, deaths and marriages. That is where you start. Over the past thirty years many books have been written and published, before the advent of the Internet and Google, interesting but an added expense to all the BDM’s. Then came home computers and following not far behind all the firms ready to supply you with all you needed to know about your past.

So now, with a little knowledge of your past you can start on your family history. If you still live in the area where your family originated, then all the parish records should be in the local County Records Office (CRO). A list of these and where they are can be found and easily accessed on the Internet.

At some time in the past The Mormon Church were given permission to place these Births, Deaths and Marriages records on film and copies were acquired by the CRO’s. The Public Record Office (PRO) now at Kew, in London, holds records of all BDM’s since 1837. Copies that you may need as you progress can be obtained from the PRO via its website and is cheaper than from the CRO. All the information needed to obtain more copies can be found on the Internet. From 1876 it became compulsory to register Birth’s, Death’s and Marriage’s. However, human beings make the records and these could be details written in the wrong places even names misspelled, or the record not even forwarded to the PRO. Always check and crosscheck the details Probably more records failed to reach the PRO during the two World Wars.

I first started on my wife’s family history. Weekly visits to the local Mormon Church family history library gave me access to the aforementioned BDM films. I soon completed the search of my wife’s past STOCKDEN families to the 1740’s origin in Pucklechurch near Bristol. That’s where the line started. In The United States of America the STOCKDEN name appears to have become “STOCKDON” perhaps because of the American accent. Records show both versions and I thought there was now a tendency to revert to “STOCKDEN”.

Over the rest of the UK the name could be found but only in a disconnected way, such as single families. Helpful friends added to my collection of information and we then had the “colonies”, Australia, Canada and New Zealand where they could be found beyond the borders of the United Kingdom (UK). There was one STOCKDEN name to be found in Antigua but I wonder if he stayed there or moved on as nothing more is known of him. 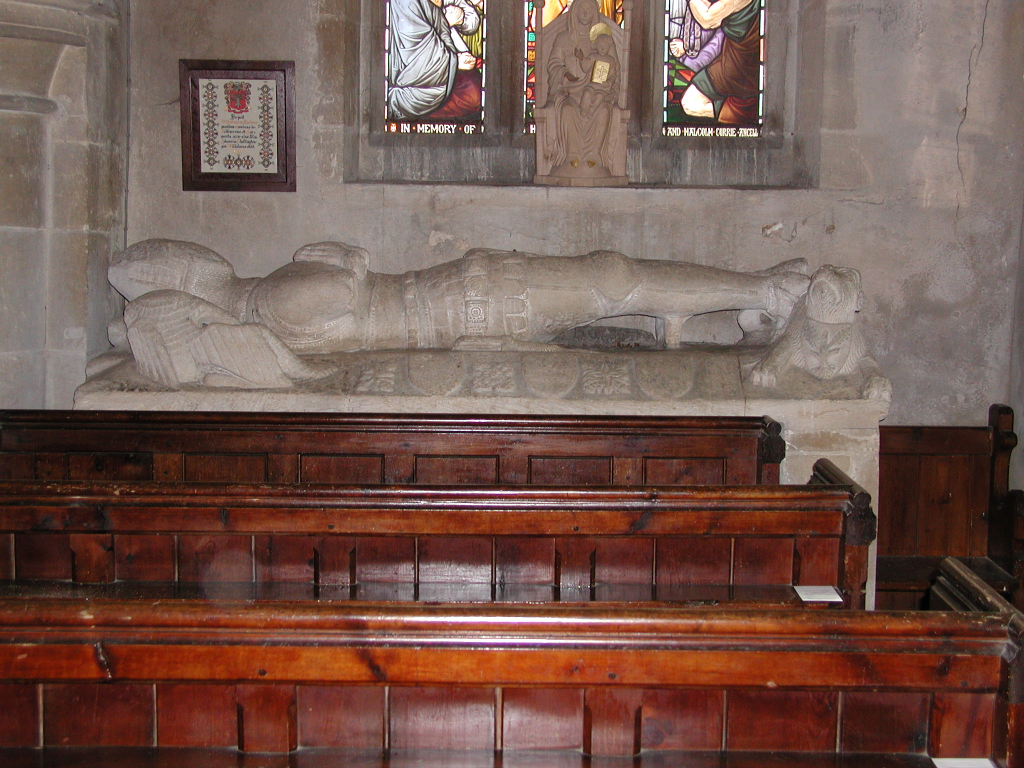 My wife and I travelled around the country to several RO’s searching for the name of STOCKDEN. We found that, world wide, there was only some 230 people with the name in the mid 1990’s. The oldest record found was a Sir William de STOCKDEN born about 1450AD and who died at the age of 19 years in 1470AD. In the village of Borough-on-the-Hill, Leicestershire the church of Holy Trinity has stone effigies of Sir William and his wife, Lady Margaret, (née SKEFFINGTON). There is a village named Skeffington not far from Burrough-on-the-Hill and there are families about today with the Skeffington surname.

Thank you reader for your interest,

This entry was posted in Blog. Bookmark the permalink.